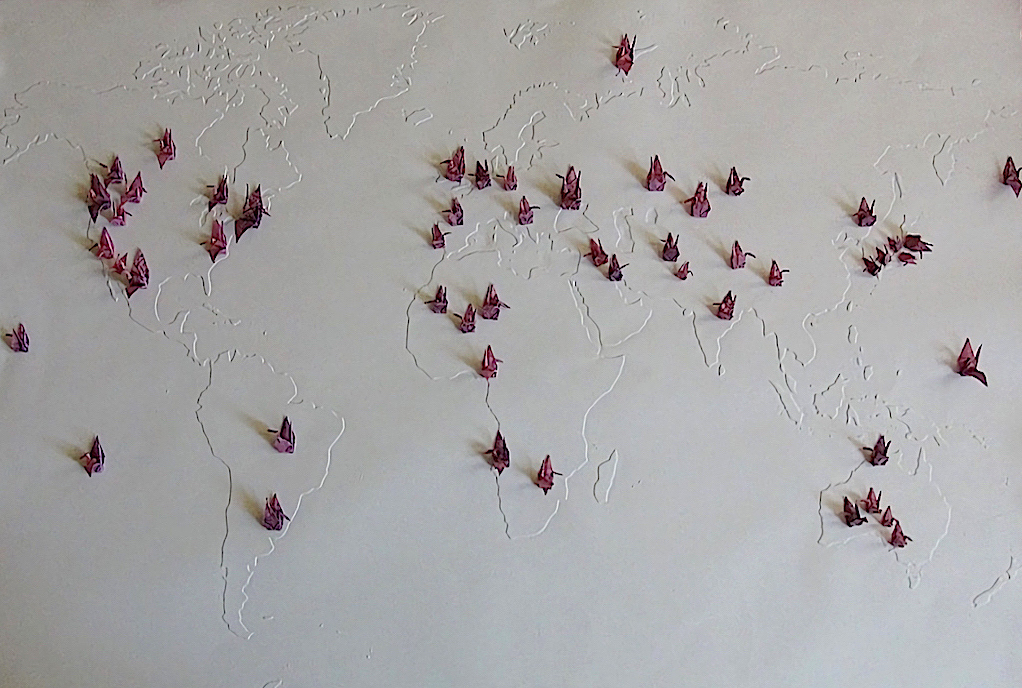 Northern Manhattan is a community shaped by refugees and immigrants from all over the world. In this timely exhibition, sixteen artists from Central and South America, the Caribbean, Asia, Canada, Europe and the Middle East reflect on what it means to create a home away from home. They explore themes such as belonging, memory, identity, nostalgia, and the intertwining of cultures. They examine place, identity, displacement, and fragmentation and they question the politics that continually surround their experiences. We invite you to view their works and to read and listen to their compelling and unique stories.