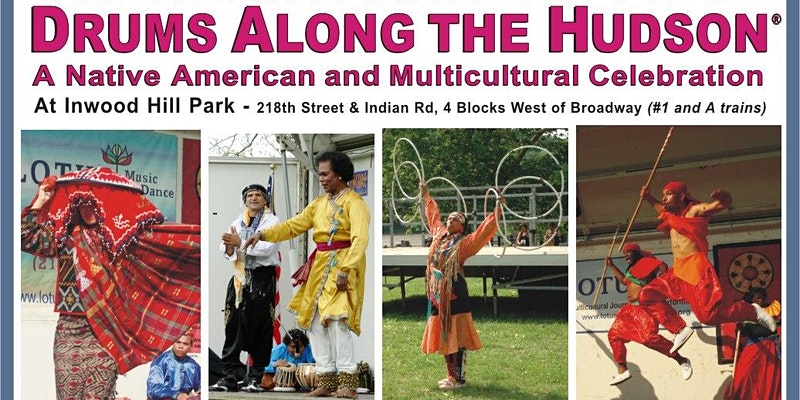 20th Annual Drums Along the Hudson

DRUMS ALONG THE HUDSON®: A Native American Festival and Multicultural Celebration will celebrate its 20th Anniversary in Upper Manhattan’s Inwood Hill Park on Sunday, June 5 from 11:00 am to 6:00 pm.

DRUMS ALONG THE HUDSON ® features Manhattan’s only open-air pow wow, which is a celebratory gathering of Native American people, and will also feature Native American crafts, storytelling, and traditional food and dance from around the. world.

To reach Inwood Hill Park, take the 1 train to 215th Street or the A train to 207th Street. The entrance to the park is at 218th Street and Indian Road, four blocks west of Broadway. By car, it is just north of the Dyckman Street exit off the Henry Hudson Parkway.