New York, 20 April 2017 — The 15th annual Uptown Arts Stroll opening reception will feature performances by the Harambee Dance Company, musicians of the Washington Heights Chamber Orchestra and singer-songwriter Victor Rosso at the landmark United Palace on Broadway and West 175th Street on Wednesday 31 May 2017 from 6:00pm to 8:30pm.

“Our opening night showcases three outstanding northern Manhattan talents that enrich the community’s cultural arts scene, and we are thrilled that they will join us at the United Palace to kick off the 15th Uptown Arts Stroll,” said Joanna E. Castro, Acting Executive Director of the Northern Manhattan Arts Alliance. The Harambee Dance Company pulls together the essence of African and African-American dance and music presenting if from an innovative and exciting new contemporary perspective. Artistic Director and resident choreographer Sandella Malloy developed a high-energy repertoire of African-based movement, modern dance forms, live percussion and original music, with vibrant costumes into captivating performances reflecting the majesty of the African Diaspora.

The Washington Heights Chamber Orchestra (WHCO) is a communal listening experience that celebrates diversity, engenders civic awareness and enriches lives. More than classical music, the WHCO strives to connect the best art across genres and cultures. Their home is Fort Washington Collegiate Church who partnered to present the orchestra’s second season in 2016–17. The WHCO, composed of professional musicians from Upper Manhattan, will produce nine concerts this year featuring its fine musicians who will present solo recitals and chamber music to the neighborhood.

Victor Rosso is an uptown singer-songwriter who started performing at age 14. After touring with renowned artists in Cuba along with his band of musicians, Victor moved to Cancun, Mexico where he found depth and inspiration in folkloric and traditional Cuban sounds mixed with organic and electro-acoustic music. Inspired by the Caribbean Sea and nature, Victor performed weekly to audiences of all ages on the shores of the beach and in jazz clubs throughout the city of Cancun. Driven by his family and university studies, he moved to Washington Heights where he works on various music projects and is a producer for other local musicians. Mr. Rosso’s Caribbean inspired music is performed weekly in Washington Heights-Inwood and elsewhere.

The Uptown Arts Stroll is a month-long arts festival from 31 May to 30 June 2017 that showcases performances and exhibitions by the rapidly growing Northern Manhattan arts community from West 135th Street to West 220th Street. It will include the very popular Open Studios in West Harlem and Washington Heights on Sunday 10 June, and in Inwood on Sunday 17 June, 1–6pm.

The Uptown Arts Stroll started in 2003 as a one-day volunteer-organized event and is produced annually by the Northern Manhattan Arts Alliance since 2008. The printed guide (20,000 copies) will be distributed by the Manhattan Times and the Northern Manhattan Arts Alliance starting in mid-May, and for more information on the Uptown Arts Stroll and the online guide, which will be continuously updated, please see www.artstroll.com. 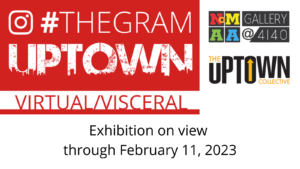 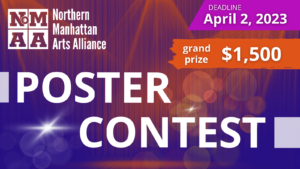