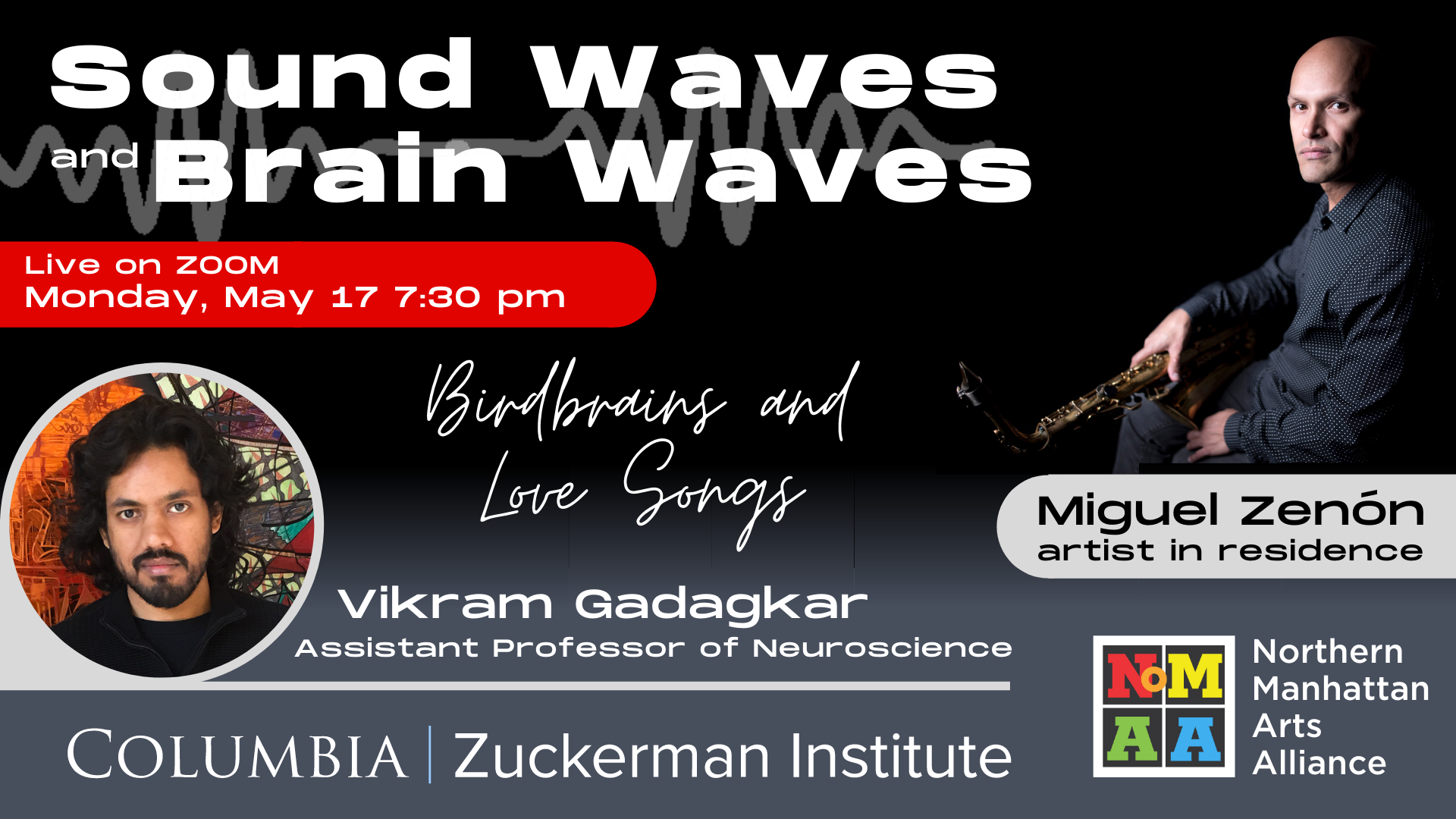 Vikram Gadagkar is an Assistant Professor of Neuroscience at the Zuckerman Institute, Columbia University. After receiving his PhD in physics studying exotic states of matter at Cornell University, he transitioned to neuroscience as a postdoc. For his postdoctoral work, also at Cornell, he discovered that dopamine neurons encode song performance in singing birds. The Gadagkar laboratory studies songbirds to understand how the brain gets better with practice, how it switches from practice to performance, and how it evaluates the performance of others.