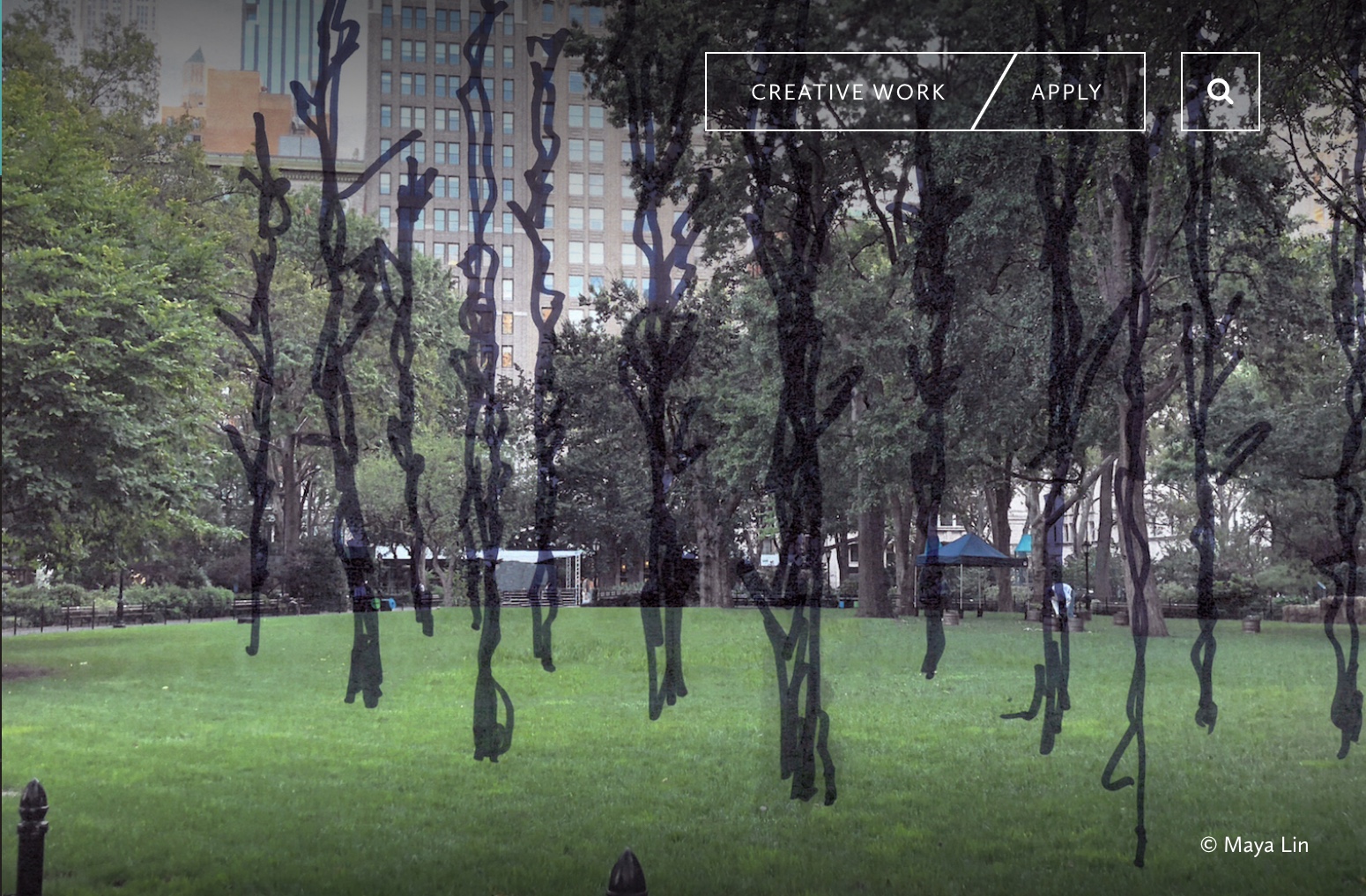 Renowned artist & designer Maya Lin presents new & major works. Introduced by Carol Becker, Dean of Columbia University School of the Arts. Followed by a conversation with Andrew Revkin, The Earth Institute. Mapping the Future adds to Lin’s ongoing project, What is Missing?, which “creates, through science–based artworks, an awareness about the present sixth mass extinction of species, connects this loss of species to habitat degradation and loss, and emphasizes that by protecting and restoring habitat, we can both reduce carbon emissions and protect species.”

On display May 10–November 14 in Madison Square Park, Ghost Forest is a “site-responsive installation that brings into focus the ravages of climate change on woodlands around the world. [It] will take the form of a towering grove of spectral cedar trees, all sourced from the region and presented in sharp contrast to the Park’s lush tree line.”

In 2009, Maya Lin was awarded the National Medal of Arts, the nation’s highest honor for artistic excellence. In 2016, President Barack Obama awarded Lin the Presidential Medal of Freedom, praising her for a celebrated career in both art and architecture, and for creating the Vietnam Veterans Memorial, a sacred place of healing in the US capital.

Co-presented by Center for the Study of Social Difference, Columbia University School of the Arts, Columbia World Projects, The Earth Institute, and The Forum.

Columbia University School of the Arts