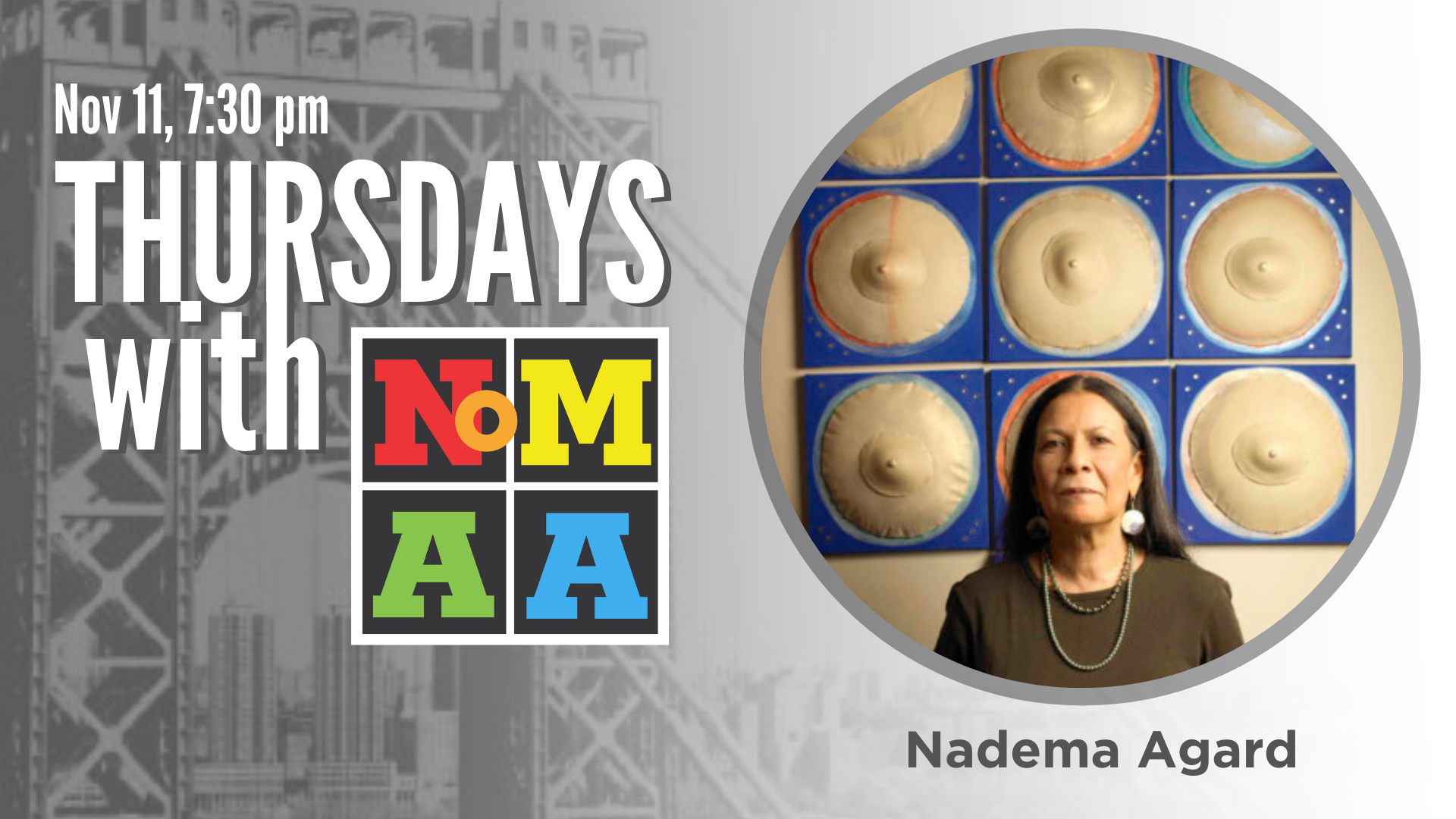 NoMAA’s continuing series Thursdays at 7:30pm
Q & A with the artist. on Zoom or Facebook Live

As a Native American who has been educated and traveled internationally, she is a bridge between urban and traditional cultures.

Nadema Agard was born and raised in New York City and later returned to her maternal ancestral homelands in the Carolinas and her paternal grandmother’s homeland in Virginia after she received a National Endowment for the Arts Fellowship to write her SOUTHEASTERN NATIVE ARTS DIRECTORY. Almost a decade later as the Repatriation Director of the Standing Rock Sioux Tribe, she was again re-united with her paternal grandfather’s Lakota relatives in the Dakotas who had, five years earlier, arranged for her to receive her Lakota name ‘Winyan Luta’ during a naming ceremony officiated by a traditional elder. Although her name, in the Lakota language, literally means ‘Woman Holy Red’ with the word ‘luta’ as ‘holy red’, it can only be translated into English as Red Woman.