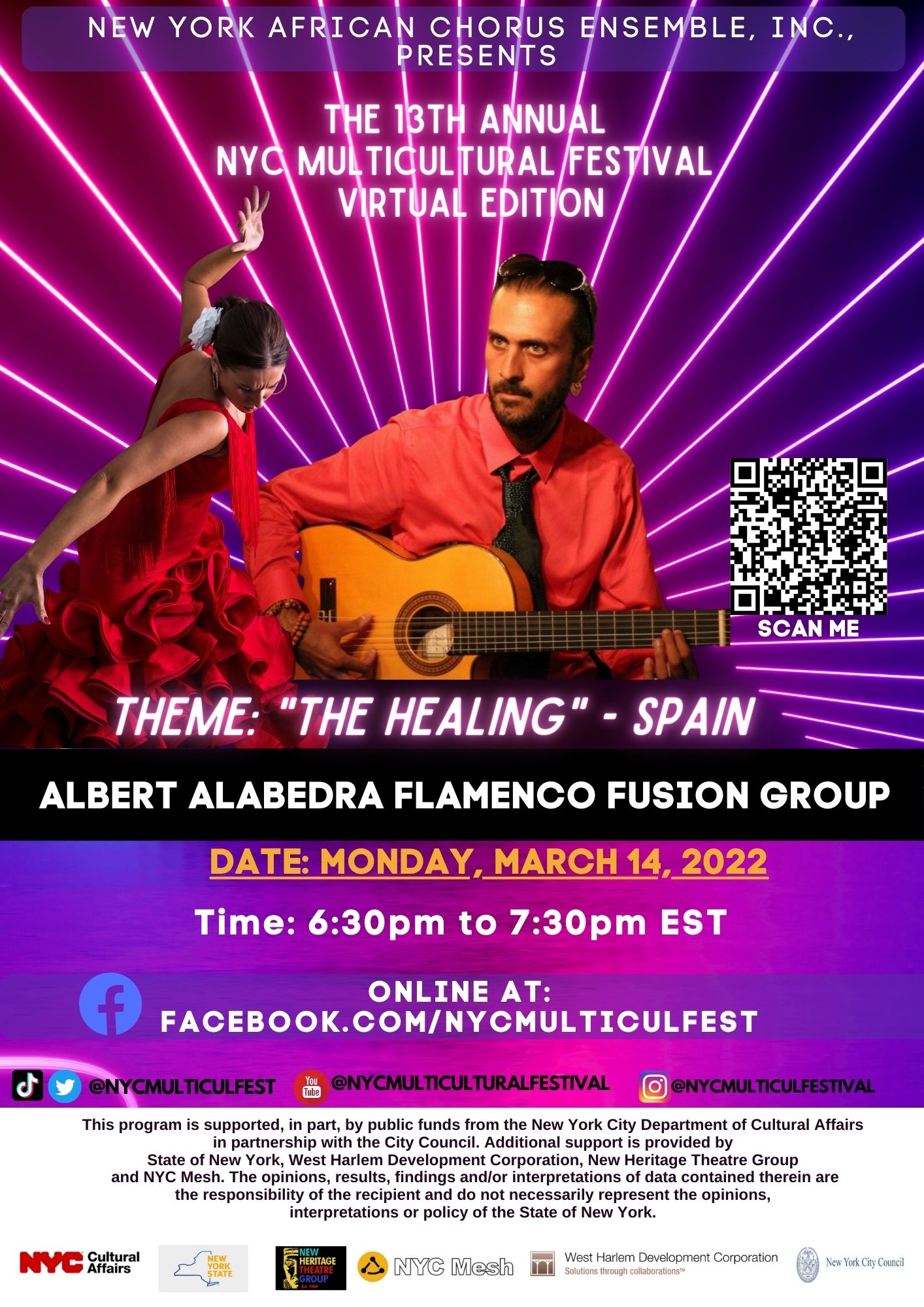 Come join us for a special performance of their brand of music which brilliantly fuses traditional flamenco style that is native to Spain with jazz, middle eastern, funk, blues, rock, hip hop and world music.

A native of Barcelona, Spain, with his mother from Cordoba and grandparents from Sevilla, the Southern Spanish Province of Andalucía where Flamenco originated, Albert was exposed to flamenco at an early age.