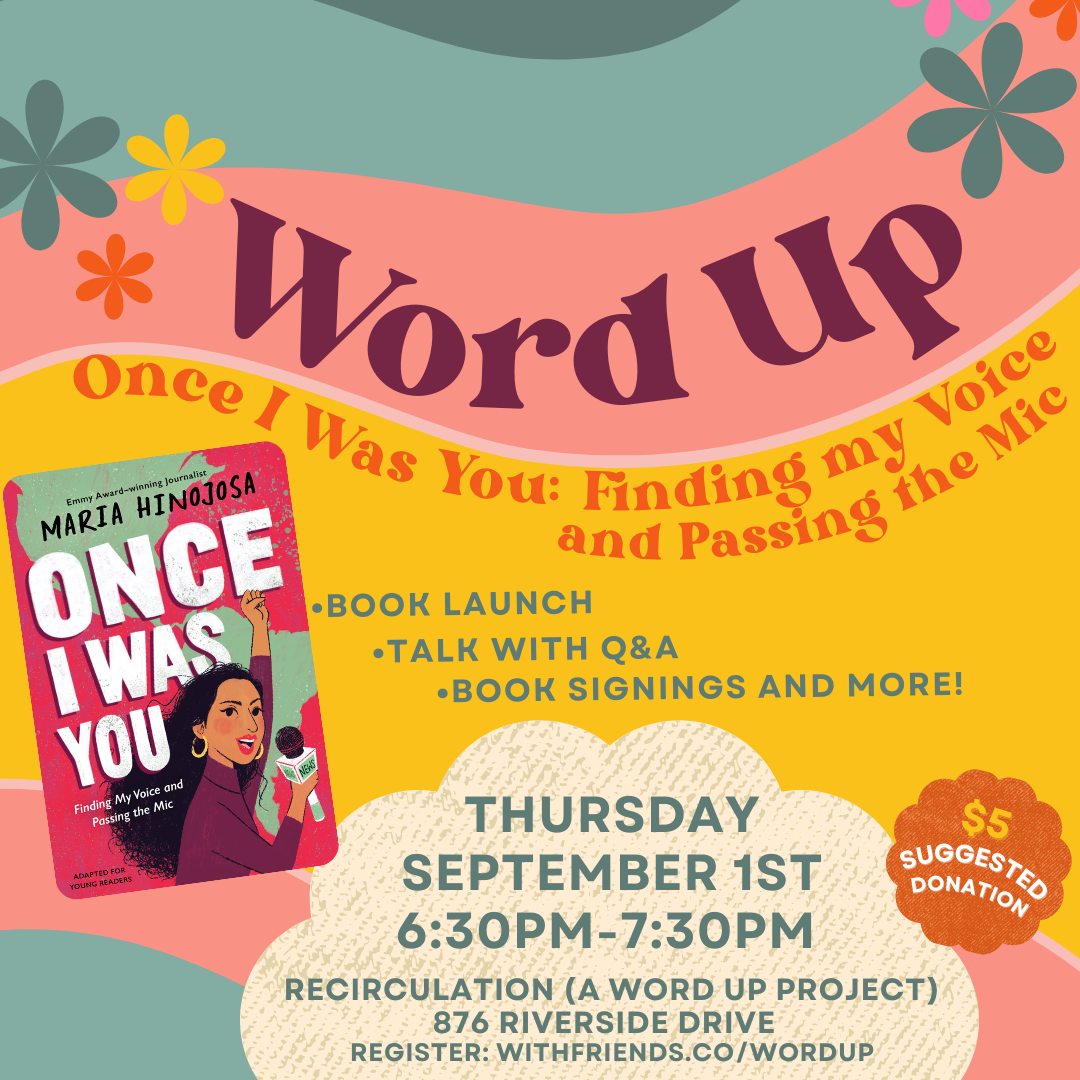 Book Launch: Maria Hinojosa’s ONCE I WAS YOU Young Adult Edition

Join us for the in-person launch for Emmy Award–winning journalist and bestselling author Maria Hinojosa‘s new children’s book, ONCE I WAS YOU: Finding My Voice and Passing the Mic. Maria was the first Latina to found a national independent nonprofit newsroom in the United States. But before all that, she was a girl with big hair and even bigger dreams. Born in Mexico and raised in the vibrant neighborhood of Hyde Park, Chicago, Maria was always looking for ways to better understand the world around her—and where she fit into it.

This event is a $5 suggested donation ticket. Please register in advance.

In compliance with Word Up Community Safety guidelines, all attendees for this event must show proof of vaccination and must remain masked at all times. Please arrive at least 30 minutes before the event so we can check vaccination cards and ID.

“There is no such thing as an illegal human being.”

Here, she combines stories from her life, beginning with her family’s harrowing experience of immigration, with truths about the United States’s long and complicated relationship with the people who cross its borders, by choice or by force. Funny, frank, and thought-provoking, Maria’s voice is one you will want to listen to again and again.

Maria Hinojosa’s nearly thirty-year career as a journalist includes reporting for PBS, CBS, WGBH, WNBC, CNN, NPR, and anchoring and executive producing the Peabody Award–winning show Latino USA, the longest running national Latinx news program in the country, distributed by PRX. She is a frequent guest on MSNBC, and has won several awards, including four Emmys, the Studs Terkel Community Media Award, two Robert F. Kennedy Awards, the Edward R. Murrow Award from the Overseas Press Club, and the Ruben Salazar Lifetime Achievement Award. She has also been inducted into the Society of Professional Journalists and the American Academy of Arts and Sciences. In 2010 she founded Futuro Media, an independent nonprofit newsroom and production company with the mission of producing multimedia content from a POC perspective. Through the breadth of her work and as the founding coanchor of the political podcast In the Thick, Hinojosa has informed millions about the changing cultural and political landscape in America and abroad. She lives with her family in Harlem in New York City.