Sound Waves and Brain Waves – Performance and Dialogue
In this series we explore the intersections between jazz music and science, from how we experience sound and rhythm, to musical memories and the creative process. Join multiple Grammy nominee and Guggenheim and MacArthur Fellow Miguel Zenón for an intimate online performance combined with conversation with scientists from Columbia University’s Zuckerman Institute, where Zenón is currently jazz artist-in-residence
.
Our Musical Memories
Monday, October 19, 7:30pm ET

In the first of this series, Miguel Zenón joins with neuroscientist and science communicator Dr. Paula Croxson. Enjoy live performance of memorable music, and exploration of why some songs are more memorable than others, and why we like the music that we like.

Paula Croxson​ is a neuroscientist, science communicator, musician and open water swimmer. She received an M.A. from the University of Cambridge and a M.Sc. and a Ph.D. from the University of Oxford before moving to New York to run a neuroscience lab. Her research focuses on the brain networks and chemicals responsible for memory, particularly our autobiographical life memories (episodic memories), and whathappens when they fail. She is currently Associate Director for Public Programs at Columbia University’s Zuckerman Institute, Adjunct Assistant Professor at the Icahn School of Medicine at Mount Sinai, and SeniorProducer for The Story Collider. She is also the flautist in alternative rock band Marlowe Grey and nerdy rock band Pavlov’s Dogz. The swimming is apparently for “fun”. 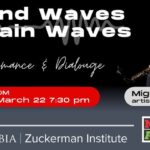 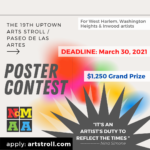 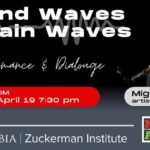 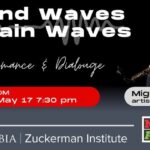