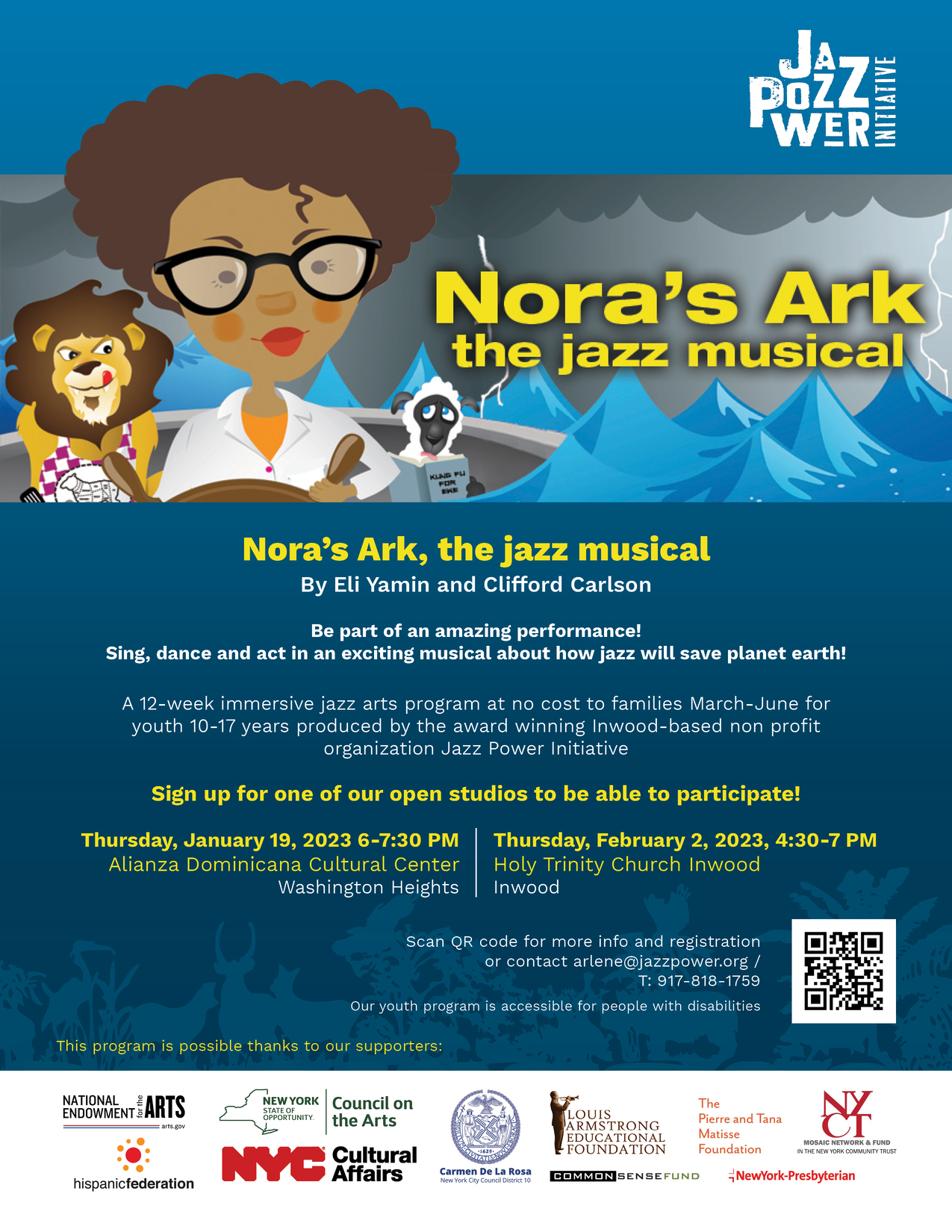 Jazz Power Youth Spring Performance workshop is an award-winning, transformational, 12-week multidisciplinary program in singing, dancing and acting for youth ages 10-17. With support from the National Endowment from the Arts, the New York State Council on the Arts with the support of the Office of the Governor and the New York State Legislature, by public funds from the New York City Department of Cultural Affairs in partnership with the City Council, the Miranda Family Fund with the Hispanic Federation, the Common Sense Fund, the Pierre and Tana Matisse Foundation, and the Louis Armstrong Educational Foundation, the program is offered at no cost to families who fully commit to the program schedule and attendance policy.

Jazz Power Youth’s 2023 Spring Performance workshop will perform Nora Ark’s, the jazz musical by Eli Yamin and Clifford Carlson. Nora, a scientist, predicts the melting of the poles and the flooding of the Earth. Rescuing the animals at the Bronx Zoo, Nora and her daughters, Dora, Flora, Lora and Fitzi rent a cruise ship. It seems all are saved, except that daughter Fitzi forgets to bring food. Predators look on their fellow passengers as prey. All animals discover that freedom is a greater sustaining force than food and all ultimately cooperate in finding an edible solution.