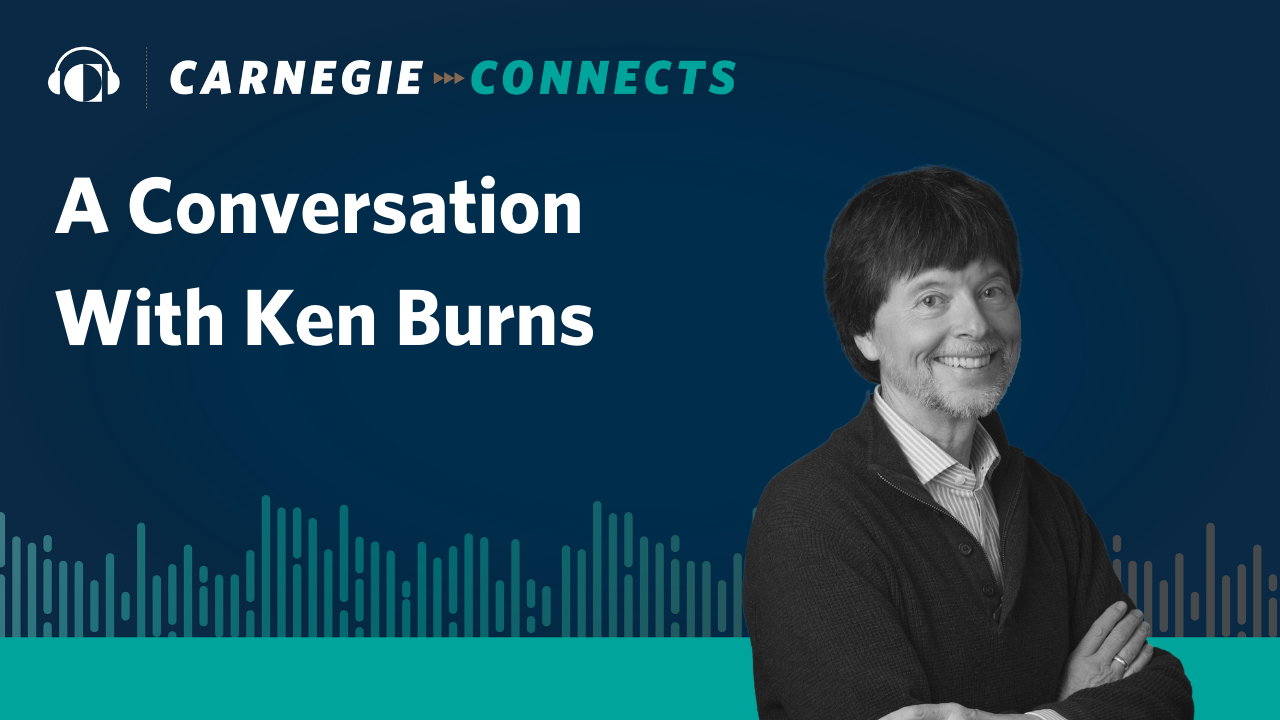 Acclaimed documentary filmmaker Ken Burns has emerged as one of America’s most gifted and prolific storytellers. From baseball to country music and his upcoming film on Benjamin Franklin, Burns explores America’s greatest achievements and most extraordinary heroes. But he also documents the darkest moments of the American republic, such as the Civil War and the stain of racial injustice. Through it all, Burns weaves iconic narratives, linking the past to the present in ways that make America’s democratic experiment accessible to millions. Join Aaron David Miller as he sits down with Ken Burns to discuss his craft, his view of the American story, and the challenges of filmmaking during one of the most fraught and consequential periods in America’s history.