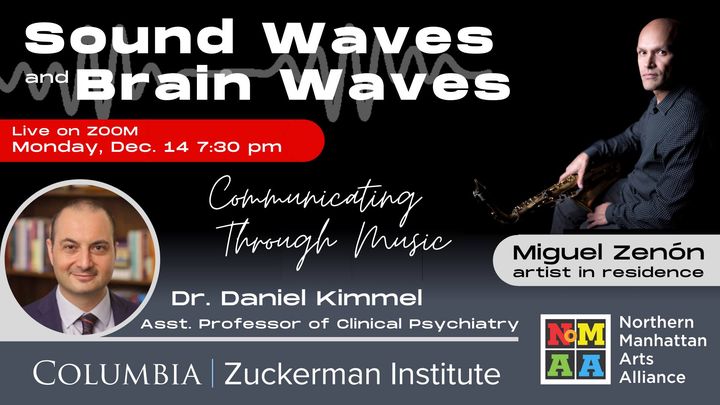 Daniel Kimmel, M.D., Ph.D. is an Assistant Professor of Clinical Psychiatry at Columbia University where he studies the neural basis of abstraction and generalization in humans with Daphna Shohamy and Daniel Salzman. He completed his undergraduate degree at Oberlin College and Conservatory, where he double-majored in Biology and Neurobiology, while studying jazz guitar and flute. After two years as a computer developer in San Francisco, he continued his training in the M.D./Ph.D. program at Stanford University with Bill Newsome, where he recorded from single neurons in awake behaving monkeys to understand how prefrontal cortex represents and routes information about economic value to make decisions. He also was a founding member of the Stanford Afro-Latin Jazz Ensemble. Dr. Kimmel completed his clinical residency in Psychiatry at Columbia, where he continued his research, developing new statistical tools for examining high-dimensional neural data with John Cunningham. He is now developing similar methods for multi-voxel fMRI of the human brain. Outside of research, Dr. Kimmel supervises residents in psychiatry and maintains a private practice in New York.