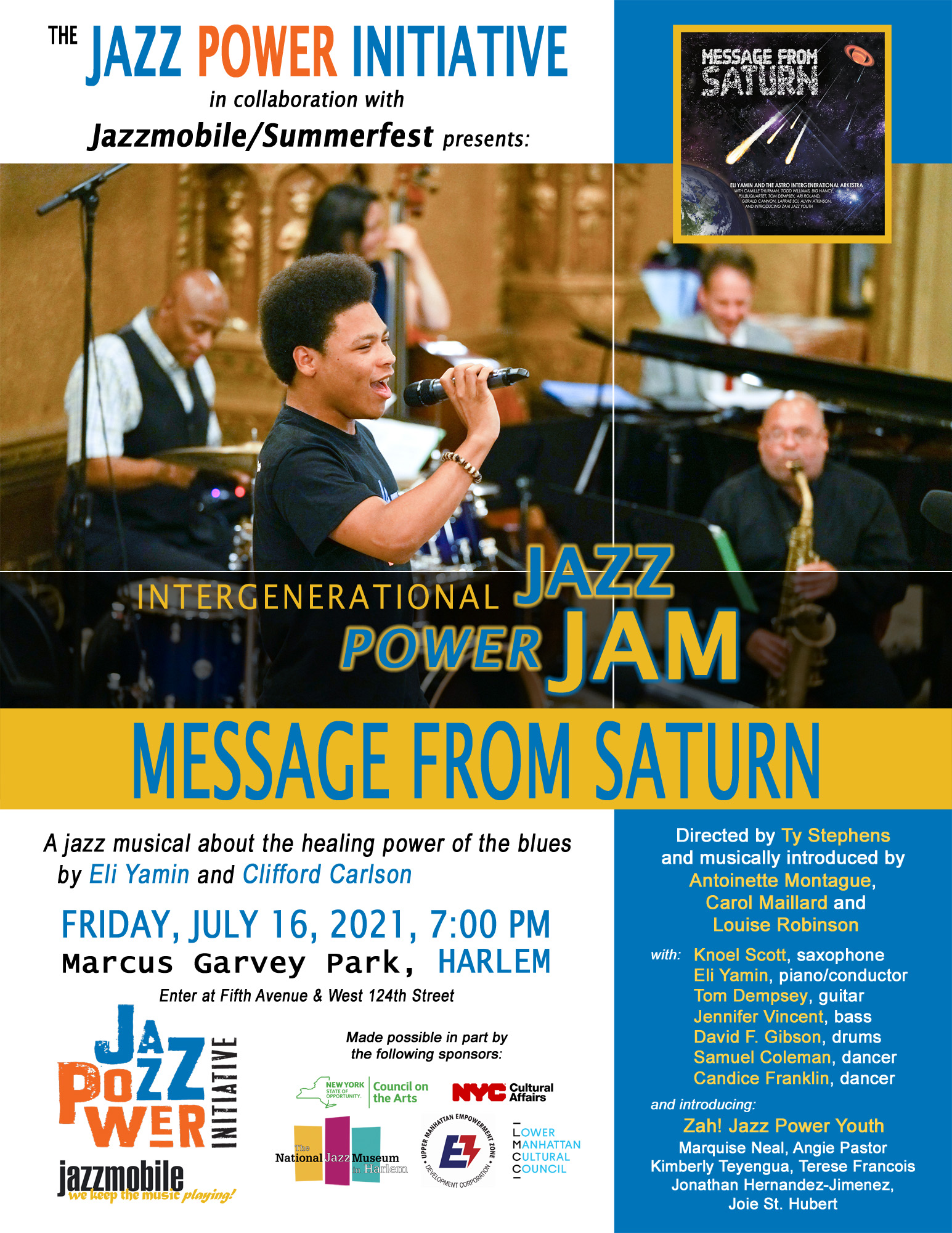 Jazz Power Initiative in collaboration with Jazzmobile’s Summerfest presents: Intergenerational Jazz Power Jam – Message From Saturn, a jazz musical about the healing power of the blues

Jazz Power Initiative (JPI) concludes its summer 2021 season with our Intergenerational Jazz Power Jam on Friday, July 16, 2021 at 7pm, live and in-person at the Richard Rodgers Amphitheater in Marcus Garvey Park, Harlem, New York City. Seating at Jazzmobile’s Summerfest in Marcus Garvey Park is outside, free and open to the general public for audiences of all ages! Presented by Jazzmobile’s Summerfest, “Message From Saturn” – our jazz musical about the healing power of the blues – is presented in partnership with the National Jazz Museum in Harlem and produced by Jazz Power Initiative, the uptown New York City, community-based non-profit organization, whose mission is to transform lives through jazz music and performance programs.

Join us at Marcus Garvey Park on Friday, July 16 at 7pm, for a fun, family-friendly celebration featuring an hour-long concert, Message from Saturn, our jazz musical about the healing power of the blues, inspired by Sun Ra and Mary Lou Williams and written by Eli Yamin and Clifford Carlson: Mary, Lou and William discover evidence that the Milky Way Galaxy is dying. The Zodiac Constellations have disappeared. Given a mission by The Big Bang, the children set off with a group of singing and dancing Asteroids to the Four Elements, (Earth, Water, Air and Fire) to learn about the blues from the Zodiac Constellations represented by the musicians in the band. They return to The Night Sky and using their new knowledge play the blues and save the galaxy. The blues, it is revealed, has been the healing energy holding the universe together for billions of years.

With our thanks to our supporters