Warner Bros. Picture’s IN THE HEIGHTS

The creator of “Hamilton” and the director of “Crazy Rich Asians” invite you to the event of the summer, where the streets are made of music and little dreams become big… “In the Heights”. Lights up on Washington Heights…The scent of a cafecito caliente hangs in the air just outside of the 181st Street subway stop, where a kaleidoscope of dreams rallies this vibrant and tight-knit community. At the intersection of it all is the likeable, magnetic bodega owner Usnavi (Anthony Ramos), who saves every penny from his daily grind as he hopes, imagines and sings about a better life. “In the Heights” fuses Lin-Manuel Miranda’s kinetic music and lyrics with director Jon M. Chu’s lively and authentic eye for storytelling to capture a world very much of its place, but universal in its experience. “In the Heights” was filmed in New York, primarily on location in the dynamic community of Washington Heights. It will be distributed worldwide by Warner Bros. Pictures and is in theaters and on HBO Max starting June 11th.

Eric K. Washington is a New York City-based independent historian and author of Boss of the Grips: The Life of James H. Williams and the Red Caps of Grand Central Terminal (Liveright/W.W. Norton), a biography of a once influential Harlem Renaissance-era labor figure. His book was honored as winner of the Herbert H. Lehman Prize, winner of the GANYC Apple Award and finalist for the Brendan Gill Prize. It was also cited among Open Letters Review ‘s 10 Best Biographies of 2019, and The Bowery Boys Podcast’s 10 Favorite Books of 2019.

Eric K. Washington was an A’Lelia Bundles Community Scholar of Columbia University 2014-2017, a CUNY Leon Levy Center for Biography Fellow 2015-2016, and a Fellow in Residence of the Museum of Fine Arts Houston/Brown Foundation’s Dora Maar House in Ménerbes, France, 2017. Member affiliations include the American Historical Association (AHA), the Association for the Study of African American Life and History (ASALH) and the Organization of American Historians (OAH). He is currently on the board of directors of the Biographers International Organization (BIO), and on New York City’s Archives, Reference and Research Advisory Board (ARRAB).

Back in the 1980’s during a period when the Dominican community in the United States, especially in NYC, did not have a great reputation, there was a need to show another side of that community. With the aim of projecting a different image of the Dominican diaspora, a group of Dominican artists lead by pianist Tilsia Brens, created the Association of Dominican Classical Artists, a non-profit 501(c)(3) performing arts organization dedicated to promoting classical music, along with its composers and interpreters from the Dominican Republic and Latin America. Today ADCA has as its mission to foster appreciation for the classical and folkloric music of the Dominican Republic and Latin America; to create performance spaces for its artists, and to bring live performances and music education to communities in Upper Manhattan that have been historically underserved in the areas of music and art instruction. Our two major projects furthering our mission are the ADCA Concert Series and the Washington Heights Community Conservatory of Fine Arts (WHCCFA).

Elizabeth Starčević weaves large scale wall hangings. Her work has been inspired by many things: travel (Australia in the Ocean, The Tulip Fields of Holland); works of art (Homage to Sol LeWitt and Homage to The Women of Gee’s Bend); her desire for peace in the world in a time of war (four pieces on the theme of war and peace); family and friends; as well as by the many beautiful colors and textiles that surround her like the magnificent work with metal done by the African artist El Anatsui. Darwin’s Garden came from a trip to a Charles Darwin exhibit at the Bronx Botanic Gardens.  She has woven all her work on a standing loom in Bellas Artes, The Fine Arts School in San Miguel de Allende, México. She has been weaving in Mexico for over twenty-five years and has had solo shows and group shows in Mexico and in New York City. Recently one of her pieces (Save the Water, Save the Town) was part of an international show of textile art held in Madrid, Spain. Her work is on permanent display at the City College and at York College of the City University, as well as on long term loan to the NYC Career Center and the New York Public Library.   A grant from the Northern Manhattan Arts Alliance helped her to buy a loom and to start weaving in New York. She looks forward to continuing to reach a wide audience with her work.

Special thanks to Susanna Osorio for being the one that helped get us paint and permission to paint most of the boards.

A small word of how it all came to be. There was a protest in the neighborhood to not loot stores after all the police brutality and the death of George Floyd happened and on top of the pandemic. It was most of the store owner’s decision to let a band of artists paint their businesses. It started from one to two and grew to about 15 of us out there painting to keep the spirit of the community up. We decided to take it further and paint most of the other stores on lower Dyckman. My friends and I made sure we hit up as many stores as possible. Most of the paint was bought by the store owners. It was a fun time because it brought the community together.  We were able to get permission from the park to keep the paints up on the Riverside Inwood Neighborhood Garden (RING) for several months.

The collective was just a bunch of artists who wanted to paint and spread a positive message. 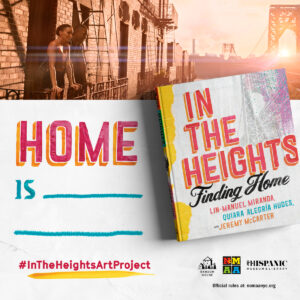 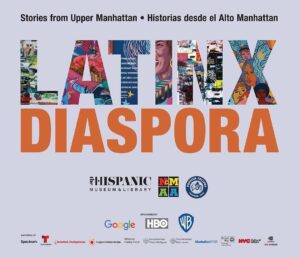 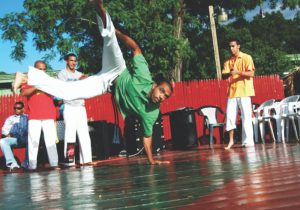 In the Heights at Boricua College: the Magic of a Neighborhood 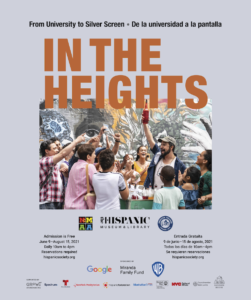 In the Heights: From University to Silver Screen 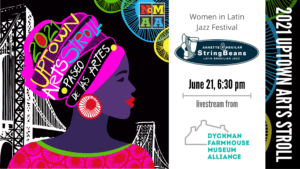 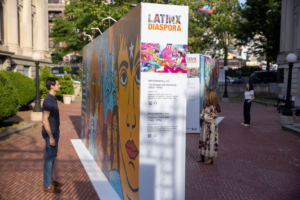 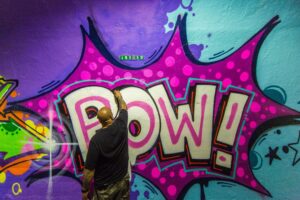 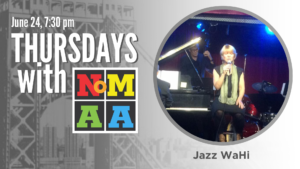 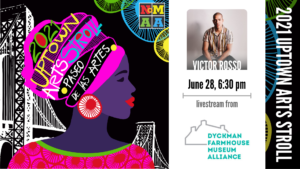 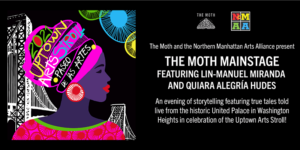 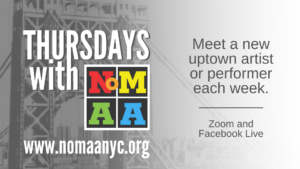 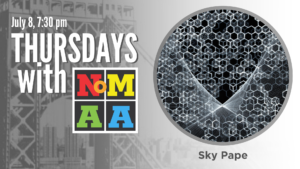